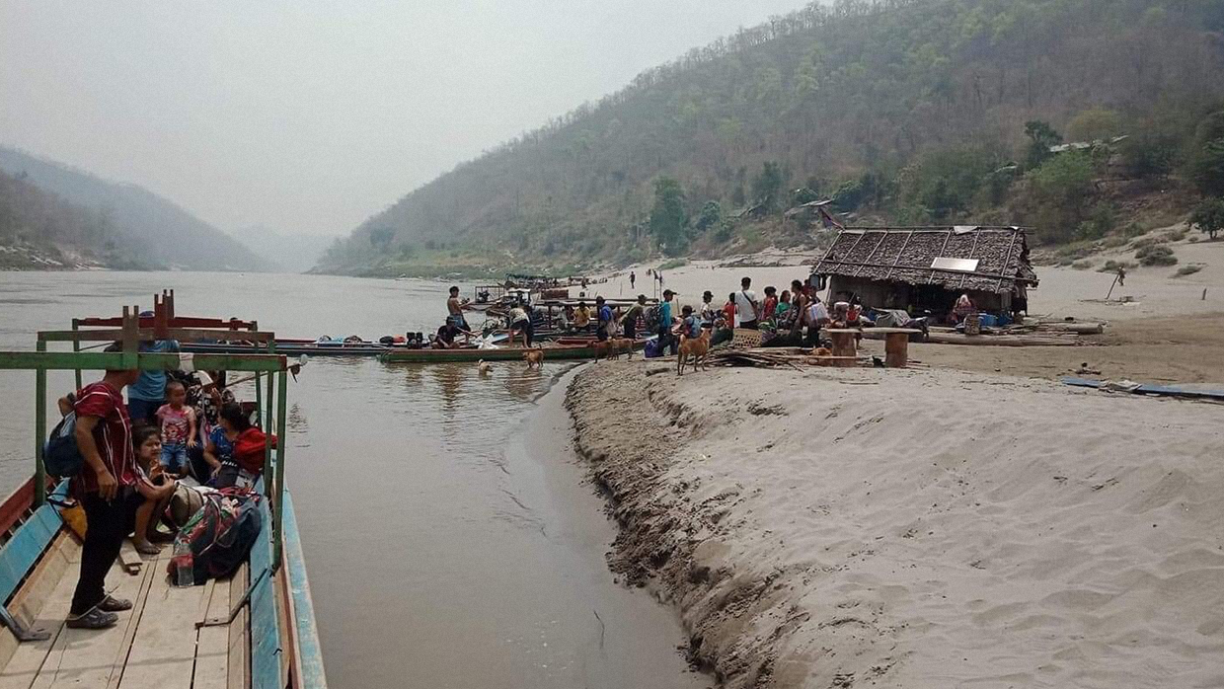 Thousands flee as military wages war on its own citizens

“The situation now seems, from our perspective, to be all-out war to the finish. Unless there is a miracle, the Burma Army will not hold back in their attempt to crush the Karen and any other ethnic group that stands against them, just as they have not held back killing their own Burman people in the cities and plains of Burma,” writes Dave Eubank of the Free Burma Rangers in a recent email update.

Violence is increasing and spreading throughout Myanmar to the regions controlled by ethnic groups. This week, the news about Myanmar shifted from the 510 protesters killed by the military junta to the recent airstrikes and raids on villages in the Karen and Kachin states.

As a result of this increased violence in these regions, an estimated 20,000 people are hiding in the jungle afraid that their homes will be the next target.* Two thousand people have fled to Thailand, but there is uncertainty on whether they will be able to stay or if they will be sent back to the conflict zones.**

Protesters of the military junta are fleeing to ethnic minority areas controlled by resistance armies to find protection. Many news agencies are reporting that pro-democracy groups are forming alliances with the resistance armies to create a federal army and transitional government.

Borders and roads are highly patrolled and often closed. The internet and banking infrastructures in Myanmar are unstable, and there is a heightened security risk for our partners. Because of these circumstances, it’s more difficult to ship food where it’s needed, send money, and communicate with our partners.

Despite this, Venture remains committed to helping vulnerable people even though the conflict has complicated our work in this region.

Our international staff in Chiang Mai collected food, clothes, medical supplies, tents, mosquito nets, and hygiene products from local churches and schools for the displaced people. They have been working with our partners along the border to get these items where they are needed.  Many of our heroic partners within Myanmar, who at times risk their own safety, are determined to continue serving vulnerable children by finding creative ways to get food to as many of them as possible.

We are continuing to support the many children who were already living in displaced people villages in Thailand by providing food security and education. We are storing up food along the border in strategic locations to help the increasing amount of displaced people who will need assistance. We are partnering with local leaders, churches, foundations, and other NGOs to respond to the crisis in an efficient and unified manner.

We must pray for change from within

“Love your enemies, and pray for those who persecute you, that you may be children of your Father in Heaven.”

Last week a local Myanmar news source reported that 12 Myanmar army soldiers defecting to side with anti-coup protestors. They turned themselves over to the Karen National Union (KNU). “They contacted local villagers about joining us first. We welcomed them, as this is the first instance of soldiers joining the civil disobedience movement against the regime,” a KNU spokesperson said.

In early March, some Myanmar police officers made international news when they fled to India after refusing to carry out orders of the military. “I was given orders to shoot at protesters, I told them I can’t.” Said one of the police officers.

“When I saw innocent people bleeding, my conscience wouldn’t permit me to take part in such evil acts.”

In a recent prayer meeting with our partners, we asked them how we can pray.

“We need to fast and pray. Myanmar people are suffering. We see the satanic evil spirit ruling and working in our country, killing the people like chickens. So, we need to pray for the protection of the ethnic group and the people all over Burma. Pray against the evil spirit.”

Let’s join our partners in praying for the vulnerable people and against the evil spirit at work in the country of Myanmar. Let’s pray that God convicts the hearts of the oppressors and gives hope to the oppressed. Let’s pray for justice, peace, and change from within.

Despite the challenges, our partners remain hopeful.

Easter eggs inscribed with messages of protest of the military take-over in Myanmar became a symbol of hope for the ethnic groups and pro-democracy parties last weekend. People posted pictures of these eggs on social media to rally together and speak up against the violence.

“Easter is all about the future and the people of Myanmar have a great future in a federal democracy,” Dr Sasa, international envoy for the ousted civilian government, said in a statement. Sasa is a member of a largely Christian ethnic minority.

Eggs represent a new life that is coming. The people of Myanmar are holding on to this hope.

“They thought they could bury us, but they didn’t know we were seeds” has been the motto of a local ministry.